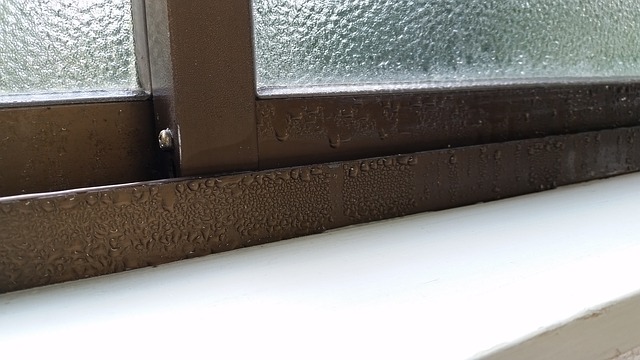 Condensation can occur on surfaces, or can be interstitial condensation, occurring between the layers of the building envelope, typically as a result of air diffusing from the warm interior of the building to the cool exterior and reaching its dew point within the building fabric.

Air will generally include moisture in the form of water vapor.

When air cools down, it is less able to hold moisture, that is, the saturation water vapor density falls, and the relative humidity rises. When the relative humidity reaches 100% the air will be saturated. This is described as the dew point. If the air continues to cool down, moisture will begin to condense.

This typically happens in buildings when warm, moist air comes into contact with cooler surfaces that are at or below the dew point, such as windows, and water condenses on those surfaces.

Condensation affects the performance of buildings, causing problems such as:

Condensation can be controlled by:

Some uses of buildings generate high levels of moisture and so specialist techniques may be necessary to prevent or mitigate the occurrence of condensation.

It is important that any systems introduced to limit condensation are properly installed and maintained to ensure continued optimal operation.

Lucas announces the addition of caulking tools to its product line