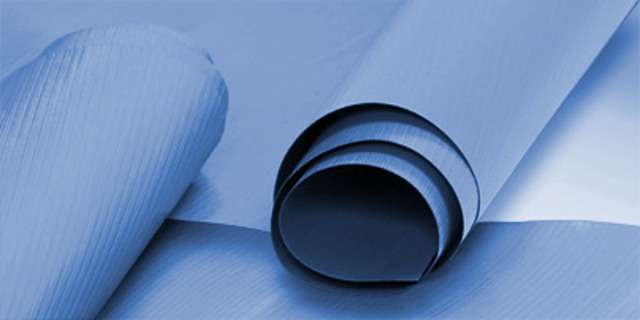 The ability of a material to retard the diffusion of water vapor is measured in units known as “perms” or permeability. The International Residential Code describes three classes of water vapor retarders:

Class II vapor retarders (greater than 0.1 perms and less than or equal to 1.0 perms):

Class III vapor retarders (greater than 1.0 perms and less than or equal to 10 perms):

In mild climates, materials like painted gypsum wallboard and plaster wall coatings may be enough to impede moisture diffusion. In more extreme climates, higher-perm vapor diffusion retarders are advisable for new construction. The perform best when installed closest to the warm side of a structural assembly – toward the interior of the building in cold climates and toward the exterior in hot/wet climates.

A vapor barrier installation should be continuous and as close to perfect as possible. This is especially important in very cold climates and in hot and humid climates. Be sure to completely seal any tears, openings, or punctures that may occur during construction. Cover all appropriate services or you risk moist air condensing within the cavity, which could lead to dampened insulation. The thermal resistance of wet insulation is dramatically decreases, and prolonged wet conditions will encourage mold and wood rot.

Except for extensive remodeling projects, it’s difficult to add materials like sheet plastic as a vapor diffusion retarder to an existing home. Obtaining an energy audit and thoroughly sealing any leaks it reveals is a very effective strategy for slowing moisture movement in and out of your home.

Your home may not need a more effective vapor barrier than the numerous layers of paint on its walls and ceilings unless you live in extreme northern climates. If the perm rating of the paint is not indicated on the label, find the paint formula. The paint formula would usually indicate the percent of pigment. To be a good vapor diffusion retarder, it should consist of a relatively high percent of solids and thickness in application. Glossy paints are generally more effective than latex paint. When in doubt, apply more coats of paint. It is best to use paint labeled as a vapor diffusion retarder ad follow the instructions for applying it.

An air barriers/vapor diffusion retarders are generally placed around the perimeter of the building just under the exterior finish, or they may actually be the exterior finish. The key to making them work effectively is to permanently and carefully seal all of the seams and penetrations, including around windows, doors, electrical outlets, plumbing stacks, and vent fans.

In many cases, air barriers/vapor diffusion retarders consist of one or more of the following materials:

Missed gaps of any size not only increase energy use, but also increase the risk of moisture damage to the house, especially during the cooling season.An air barrier/vapor diffusion retarder should also be carefully inspected after installation before other work covers it. If small holes are found, you can repair them with caulk or polyethylene or foil tape. Areas with larger holes or tears should be removed and replaced. Patches should always be large enough to cover the damage and overlap any wood framing

Avoid damp in the bathroom